Check out the all new Medium Well Podcast! Click Here 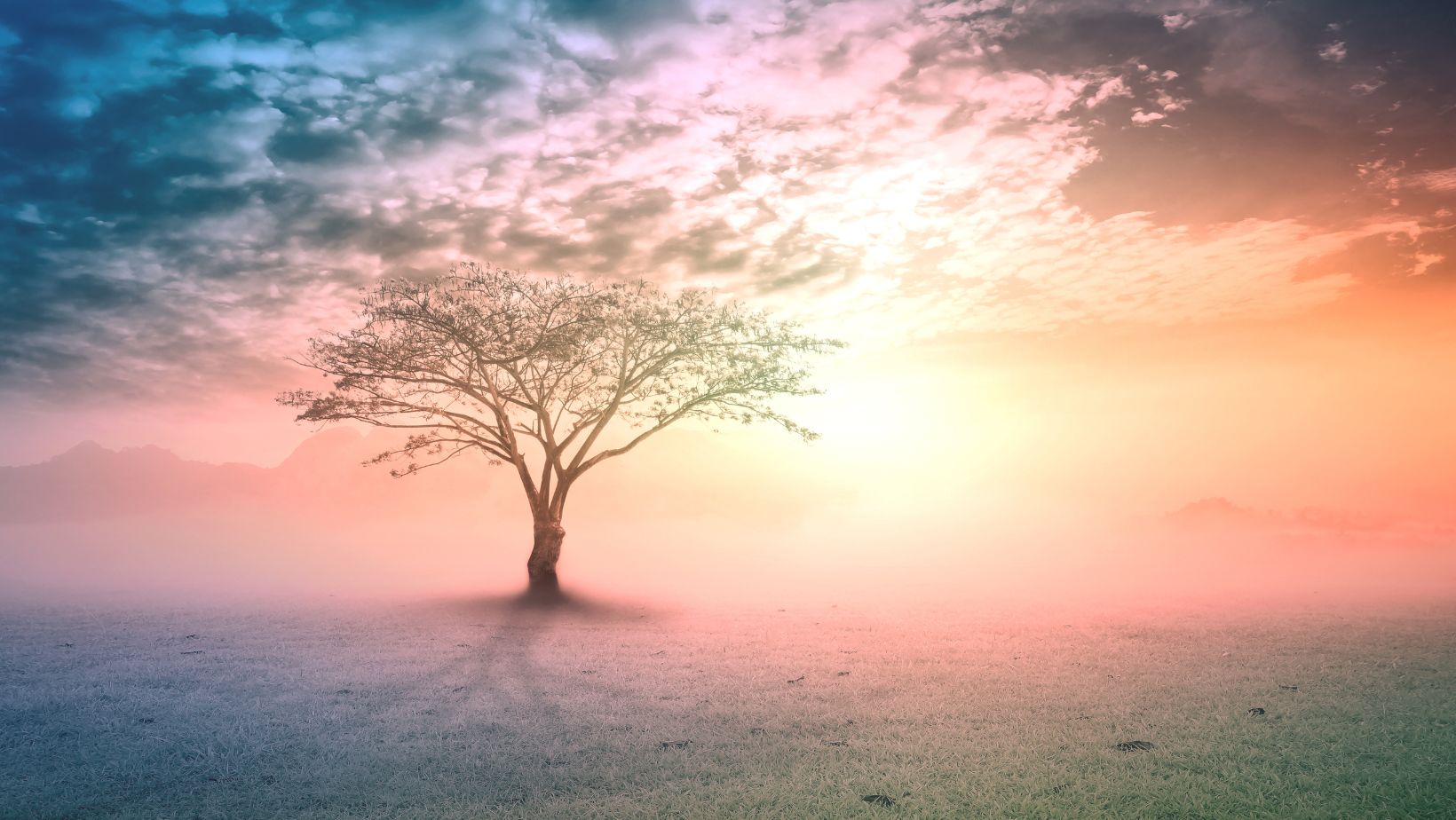 Jennifer Gunson 0:03
Are you spiritual but not religious? Listen to another episode of Medium Well with Psychic Sharyn Rose as she describes what she understands as the primary difference between spirituality and religion. Where do you fit in all this? Well, let’s find out now. And let’s get started!

How is spirituality related to religion?

Sharyn 0:26
Hey, everybody! Hello again, and welcome back to Medium Well with Psychic Sharyn Rose. Today I want to talk about spirituality and religion. What’s the difference? And you know, it’s interesting because you hear that a lot. Now people will say things like, Well, no, I’m spiritual, but I’m not religious. And over the years, I have used that same expression as I’ve been doing my work. And lots of you have used that expression and continue to use that expression. But what exactly does it mean when I return to my earlier years? And if somebody was to say to me, are you religious? I would always say no because I was exposed to a church environment young and growing up. But the people that ran the church weren’t necessarily the best. There was negativity there. And so my ability to believe in the goodness of what they were teaching when they didn’t do what they were teaching, I guess that shows you don’t it, you learn by example. And that also applies to our kids and how we present ourselves, but I digress. Hang around until the end of this particular conversation because I’m going to pull a card from the Animal Spirit Guides, just because the Animal Spirit Guides are part of our spiritual world.

Can you have spirituality and religion?

So what I want to do is I want to differentiate between what we mean. Or what do most people mean when they say I’m spiritual but not religious? When I took a healing course, it was a healing touch course. And the assistant, the instructor, was an RN, and the assistant was an ordained minister. And at the first coffee break, we had done an exercise prior, I was getting a cup of coffee, and the assistant came over to me and said we were talking. And she said, Sharon, would I be out of line if I suggested you had a calling? And I thought she was talking about religion, church and the structure. And I said, Well, I don’t think I would do very well, maybe on a hillside, but I wouldn’t do well in a building. And what I was doing was trying to differentiate religion and spirituality because even back in the early days, I still didn’t have a spiritual sense. I knew there was more I’ve always known there was more always. And I always knew I was more, but I never knew how that fit and worked. What is the God about that? What is the Jesus fit into that? Where do all of the teachings of the Church fit into that? Because that’s all, I knew at that point. I mean, I hadn’t been exposed to a lot of spirituality. And she said to me, she said, No, that’s not what I mean, what I mean is what you’re able to do; it took me eight years to learn how to do, and it made me realize that there a while there was something that I was doing that was a little more advanced than the average person, or different than the average person, people were struggling to learn what I already knew, which I didn’t even know, I already knew if Does that make sense? You know, sometimes you’re doing things. I watch American Idol a lot, or not American Idol, America’s Got Talent. And I tend some of these singers, especially the younger ones, come up on the stage, and, and they’re going to sing, they’re so shy, nervous, anxious, and stressed. And then they open their mouths and sing a song, and they are believable; they’re incredible. They can sing like angels, and they’re just amazing. And, and then at the end, they’re done their song, and they’ll start to cry, they’ll get timid, they’ll stutter, they’ll stammer, they’re, they’re like, Oh, my God, I can’t believe you guys are reacting that way. And they’re in shock. So they are they have a gift. And when they’re singing and using that talent, they know they can sing. But before they open their mouths to say they’re not sure they’re very good at this. And after they’re done. They can’t believe the response or get that spirituality right there. That’s knowledge and where I was in my spiritual aspect. It had nothing to do with the church. It had nothing to do with the structure, dogma of the organized religion, or any particular religion or rigidity I saw inside a church structure. So that’s the way I felt. I felt like, oh, it looks like I have something going on that I’m not aware of that others can seem to see, feel and reflect on

over my lifetime. And I could see moments when people would come to me with their stories, struggle, or challenge. And particularly in high school, it was hilarious. I never dated. I wasn’t dating at all. And I mean, I wanted to date there were guys I thought were cute. I never did; my girlfriends would get into these binds with their dating partners. Are they getting into this little emotional quandary? Does it come to me, and yet I wasn’t dating, you know, you think you’d go to somebody that is, you know, already proven the ground and are good at dating? But it’s because they saw something I didn’t know was there. Now, I’m going to fast-forward here a little bit and go back into some facts. Approximately one in five North Americans directly identifies as spiritual but not religious.

What does singing do for you spiritually?

So as I’m talking about people who can sing but aren’t aware that they can sing that well are people like myself who were very spiritually active but didn’t realize we were spiritually active; you are probably on that spectrum somewhere yourself. You are psychic; every human on the planet is psychic. And every human on the earth has intuition, whether you belong to organized religion or you may call it something else. Or whether you’re working as a healer, maybe you’re a massage therapist, perhaps you’re a chiropractor or your physio, or you’re doing some hands-on healing, or whether you’re a psychic or you’re a medium, or you’re working with crystals or whatever, or yoga is a big, big part of the new spiritual movement, what is considered the new spiritual movement? I don’t think it is unique because been going on for about the last 20 years. But there’s a lot of people that and art and music and all of the arts and performing arts, and what that comes right back to singing, doesn’t it? Because what that talks about is what is the difference between reading a good book and picking up on that and believing everything in it is following the teachings versus using your intuition and being inspired by your soul self being inspired? Well, how does that happen? And what does that mean? How does that make spirituality versus religion? Irrelevant. And you know, when you think about it, I’ve got to tell you that the Pope just came to Alberta to honour the indigenous people of our country and to apologize to them for the horrendous things that were done to their culture in years passed by the religious organization called the Catholic Church. And, of course, governments were involved in that too. But the Pope came to offer this. And you know, I identify as spiritual but not religious. But I’ve got to tell you something, I was ecstatic that the Pope was coming. Because not only was the pope coming, I see him parallel to the Dalai Lama. And the Dalai Lama is the head of another religious organization called Buddhism.

How you express or practice your spirituality to the world?

How do you describe your spiritual self?

So, spirituality and religion. Religion is more organized; it’s more structured, and it’s more learning by the book. It’s more following the written word, following it to the tee and trusting that in many cases in religion if somebody’s not following your faith, there’s something wrong with them, and they’re going to go to Hell. Spirituality says I am responsible; I don’t need a structure around me. I don’t need a community around me to tell me how to believe, although, trust me, we do need community. Don’t get me wrong. That’s not what I’m saying. We need community, holistic practitioners and spiritual people who are not connected to religious communities. We need community; we need a spiritual community around us as well. But we are more active in things like yoga and meditation; we’re more involved in those categories. And that’s the difference we’re not following your religious teaching. We’re following our inner guidance. Wow! Yes. And I like following my inner guidance.

Jennifer Gunson 20:24
Thank you for listening to another episode of Medium Well with Psychic Sharyn Rose. If you love listening to this podcast, we have one little favour to ask you. Please follow us on Spotify, Apple Podcasts and Google podcasts. If you love learning from Sharyn, she has a few ongoing courses! Why don’t you register for Kitchen Witchen? It’s on now – all you have to do for more information is go to KitchenWitchen.ca. Or if you’d like to book an appointment with Sharyn for a reading, or if you’d like to know more about Sharyn, her psychic services, coaching sessions and more workshops, go to SharynRose.com. That’s Sharyn with a “Y”. We’ll talk to you next time!